AutoCAD coming to Macs and iPhones! 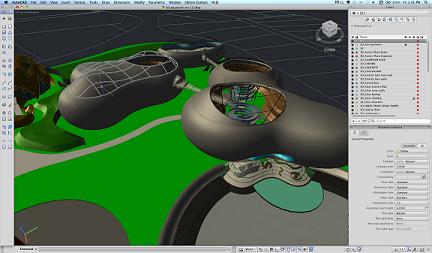 Autodesk is expected to announce the release of AutoCAD for the Mac, iPad and iPhone today! This represents the return of AutoCAD to the Mac platform after nearly 20 years.

MacRumors first revealed screenshots of the beta version of AutoCAD back in May which had undergone early testing.

Meanwhile a mobile version called AutoCAD WS will be available free on Apple‘s App Store for the iPad, iPhone and iPod Touch. The free version is said to allow users to view CAD designs but only make minor changes.

Hopefully the Mac OS X version of AutoCAD will be released by the end of October. Exciting news for all those Mac fan-boys wishing for years, our dreams are finally coming true!

AutoCAD coming to Macs and iPhones!...

I found your entry interesting do I've added a Trackback to it on my weblog :)...

Straight to the point and well written, I appreciate for the post

The voice of raytnoaliit! Good to hear from you.

I hope you will keep updating your content constantly as you have one dedicated reader here.

I was really confused, and this answered all my qunteioss.