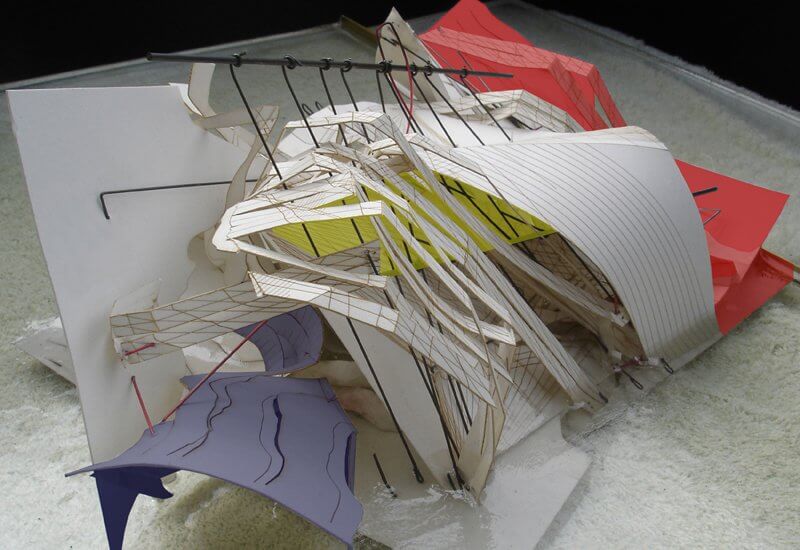 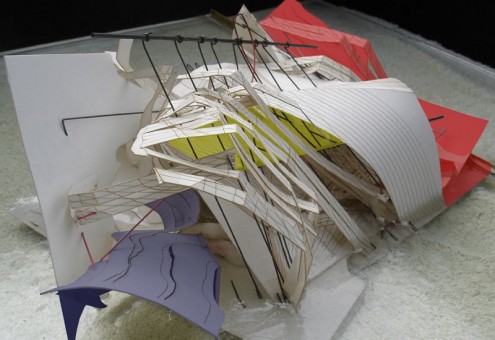 In order to define habitable space in a two-dimensional membrane my proposal incorporates rigid wires that act as a “movable force” on the intervened membrane. These forces are applied in three phases indicated on the diagrams below. The membrane was subsequently put under pressure by the wires and transformed the membrane into an apparatus (in a manner unique to the data I collected), whereby the forces could then be manipulated.

The notion of force being applied to an object was translated throughout this project. Forces were realized in the creation of the diagram, seeded into the apparatus, and later interpolated from the data mining from my site visits. The final model is the product of assembling three of the apparatuses with additional forces determined from the site in order to form an continuity between the parts. 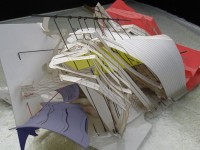 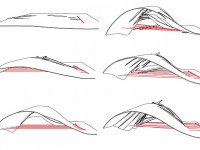 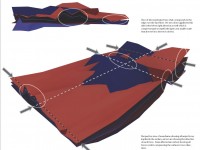 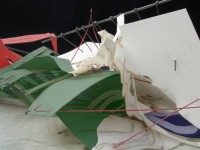 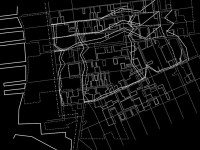 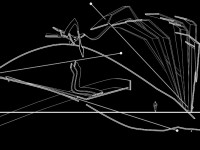 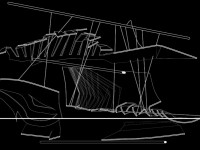 An active design which was genuinely a product of its environment. Ecological data was re-represented by line-work which was then deformed by measured site data in the form of rigid wires.

Year: 2005
Semester: Summer
Class: Design
Professor: Philip Parker
Size: unknown
Program: This design project seeks to redefine conventional methods of construction as well as the process of thinking that leads to designing. Students were encouraged create a membrane by analyzing and reconfiguring the data found in researching a type of ecology into a composite lined diagram. This drawing was to be cut, scored, perforated, or dissected in any number of ways.

Thought I would comment and say awesome theme, did you code it on your own? Looks superb!